A downloadable tool for Windows, macOS, and Linux

Learn the piano at your own pace using your MIDI keyboard

Quiz mode will test your knowledge on the circle of fifths and your key recognition. Practice mode will help you practice scales, chords and fifths!

Thank you to everyone supporting the project!

Kind of weird. I can play each note on my keyboard once which will produce the note sound, and then the keys don't trigger sound anymore. As well, the software doesn't follow along when I hit the note it's asking for during the scale practice. This is on the latest 1.0.3 mac release.

Edit: Tested a little more and I found something interesting. When I use an Alesis Q88 it has the issue above.  To add on to the issue, the notes are elongated almost as if the sustain pedal is engaged. I don't have a sustain pedal hooked up. When I use the Komplete Kontrol M32 the program works as intended. Notes are not sustained either.

edit: Just fixed this in a recent update

I just installed this on my Mac (Big Sur) and the MIDI isn't working with the app. The on screen keyboard makes sounds, but my MIDI keyboard isn't triggering anything. I see no options to configure which MIDI device it should be monitoring.

Update: I unplugged another MIDI device, leaving only my direct USB keyboard and that resolved the issue. Please add the option to specify which device to listen to, and possibly the MIDI channel

Will do redconfetti, I understand that'll be a helpful feature

MIDI is not working for me either

Hi redconfetti, I just released an update to choose your MIDI device. That should help with debugging your connections

It should ask to update next time you open the app 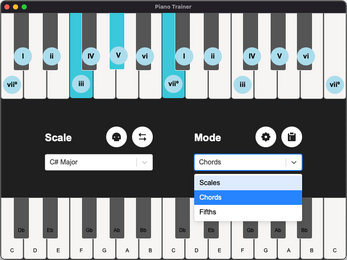 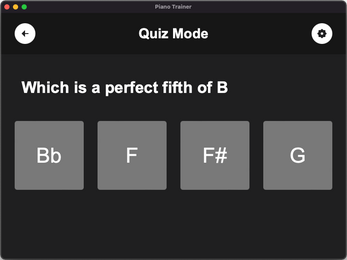 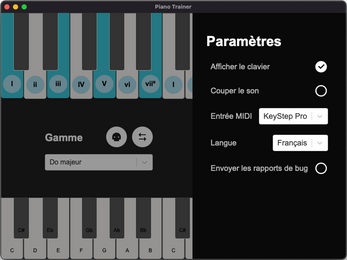 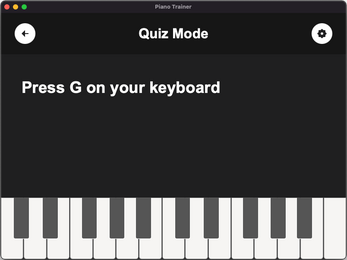